Colostrum : The first yellow milk?
Why is it important to start breastfeeding ASAP?

How does Colostrum help my baby ?

Colostrum is the reason why there is so much stress on starting breastfeeding as early as possible, since it is produced only for the first few days. 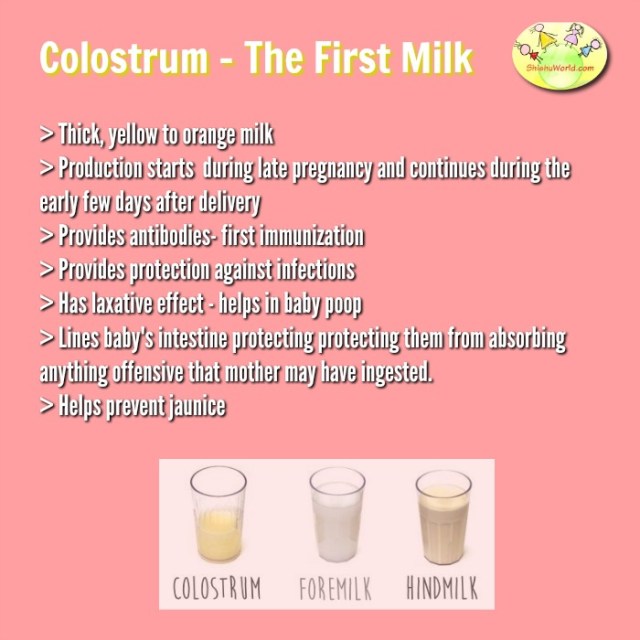 Amount of colostrum produced is so little, is it enough for my baby ?

Colostrum is produced in very small quantities and a new mother often wonders if it is enough to feed her newborn. Many mothers panic and unfortunately resort to top-feed such as a formula.

However, mother nature has taken care of everything and we should trust how nature functions. A newborn baby’s stomach is very very tiny and hardly hold 5-7 ml of milk. The colostrum produced is enough for the baby.

As baby grows and tummy becomes bigger, your breasts gradually start producing transition milk, which is orangish but thinner, and then mature milk, which is white in color and thin and more in volume.

Feeding baby frequently will make sure, she gets all that she needs. If you try feeding too much at one time, baby will just spit it up.

Thus colostrum is necessary for babies and the mother, doctors as well as the family must ensure that breastfeeding the baby is started as soon as mother is well enough to do the same.

More from my site